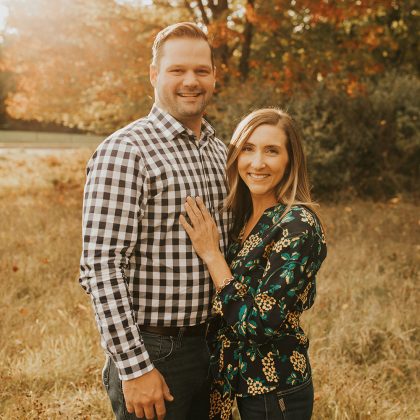 Bryan Posthumus is a fifth-generation farmer and co-owner of West Michigan Hopyards. Bryan and his business partner started the farm in 2013 and quickly worked to build it into the largest farmer owned hop producer in Michigan. As a farmer, he has learned the importance of work ethic. As a state representative, he’s listened to the needs of his constituents. And as a small business owner, he has seen first hand the impact of government overreach.

Bryan is a trusted, conservative leader who has spent his time in the legislature fighting for parents, getting government out of the way, and working to restore confidence in our elections. Bryan worships at Ada Bible Church and is engaged to be married.

Jobs and the Economy

As a small business owner, Bryan knows how to create jobs. He understands the need to get government out of the way of job providers, and has led the fight in cutting bureaucratic red tape to help foster an environment for a thriving economy – an economy where neighborhood job providers can do what they do best, create jobs.

Keeping your money in your pocket

Bryan has worked to make sure you are keeping more of your hard earned money. Our economy is currently seeing the highest inflation since 1981, and record high gas prices due to the Witmer/Biden agenda. To help ease the pain amidst these policies, Bryan supported tax cuts for families, seniors, and all income earners. He also supported suspending the state’s gas tax to help save you money at the pump.

Bryan Posthumus has led the fight to give parents more choice in their kids’ education. He championed legislation that would create scholarships for students that can be used how their parents feel is best for their childrens’ educational needs, shepherded it through the legislature when it was ultimately vetoed by Governor Witmer. The governor ultimately chose union bosses over our kids. The fight is not over. Bryan’s legislation has been taken to a ballot initiative that will allow us to go around Governor Witmer.

In the face of critical staffing shortages, Bryan is championing legislation that will make it easier for for healthcare professionals to come to Michigan to work.

Through his time in the legislature, Bryan has supported over 20 bills providing common sense changes to our elections that would help restore confidence at the ballot box. All of which were vetoed by the governor. Further, Bryan supports common sense voter ID laws.